Silver Wings is equipped with a Westerbeke 40 diesel engine.

After consulting with our diesel mechanic, we determined that there was no compelling reason to consider re-powering.

It was suggested that we replace the engine mounts and the heat-exchangers to maximize the longevity of the power plant. Like most projects, this required a LOT of work to complete.

As I prepared to replace the engine mounts I realized that it would be necessary to remove the transmission, which meant removing the shaft to the V-drive. At that point I realized that it would only make sense to keep going and revamp the entire drive train: V-drive, shaft, stuffing box, and prop. So with more than a little trepidation, I began to disassemble everything and methodically take pictures so tha I would remember how everything went back together. This proved to be a good idea as it was several months before it was all complete.

One of the biggest challenges in the entire project was to figure out how to lift the engine enough to remove and replace the engine mounts. Given the fact that the engine is tucked under the cockpit and installed ‘backwards’, the access to the aft mounts is REALLY limited. The forward end of the engine (the shaft end) was fairly simple to raise with a 2×6 across the companionway and a Come-Along. Although the old aluminum engine mounts were seized to the stainless steel bolts, they finally came loose. Lifting the aft end of the engine was a different story. There is no way to get a hoist on that end and no room below the engine to fit a jack. I had heard of using a pneumatic jack in tight spaces bit I could not locate one to rent that would fit and the ones for sale were ridiculous. I read somewhere that someone had used a deflated soccer ball under an engine to lift  as it was inflated. Well, after trying several different balls and pump arrangements, I had successfully raised the engine a bit and exploded several balls, I resorted to good old, painstaking mechanics. I crawled into the impossibly small spaces to access the aft mounts (with a cracked rib as payment) and proceeded to crank up the adjusting nuts on opposite corners of the engine until I could free the other corner mount. Once it was installed and loosely bolted I could then crank down the adjusting nuts, and repeat the process to replace the other one. It took a long time and numerous trips into small spaces, but it worked.

At that point I could re-install the shaft to the new (used) V-drive with the new U-joints. I then proceeded to align everything enough to move the boat to haul out. Once on the hard, I disconnected and pulled the prop and old (bronze) shaft. We had a new 1-1/8″ stainless shaft made to match the old. I installed a new cutlass bearing in the strut and proceeded to slide the new shaft towards the shaft log in the hull…only to find that it missed the opening by 2 inches! Apparently somewhere in the past the strut had gotten twisted, perhaps by an impact with a piece of log. The old bronze shaft and worn cutlass bearing had allowed the misalignment but with the new shaft and cutlass bearing there was no way. So the  fix was to remove the strut and have a new one made. I found a fabricator familiar with building struts and had him weld a new one from 316 stainless. More boat jewelry…

To insure proper alignment, we installed the shaft through the new cutlass  bearing and centered in the shaft log opening. We then made an epoxy shim by sandwiching structural epoxy putty between two layers of wax paper and gently bolted the strut into place until the alignment was correct and let the epoxy harden.

We then took it apart, cleaned up the excess epoxy and bedded the shim and strut into place with 5200. With the new strut in place it was a matter of installing the new shaft complete with a Norscot dripless seal in place of the original stuffing box. We settled on the Norscot Overmthe PYI dripless seal after much debate. We have found it to be very dependable and trouble free.

With the shaft in place and connected to the V drive, it was time to tackle the alignment of the entire drive train. I followed the advice of some of the other Pearson owners and soon had the shafts aligned and the boat ready to go back in the water.

Once back at the dock, I did a bit of fine tuning on the alignment and double checked to make sure everything was tight.

The three blade prop has been a large improvement in terms of  power. The starboard prop-walk in reverse in less pronounced.

All in all, the drive train has been trouble free for the 400 plus engine hours so far. 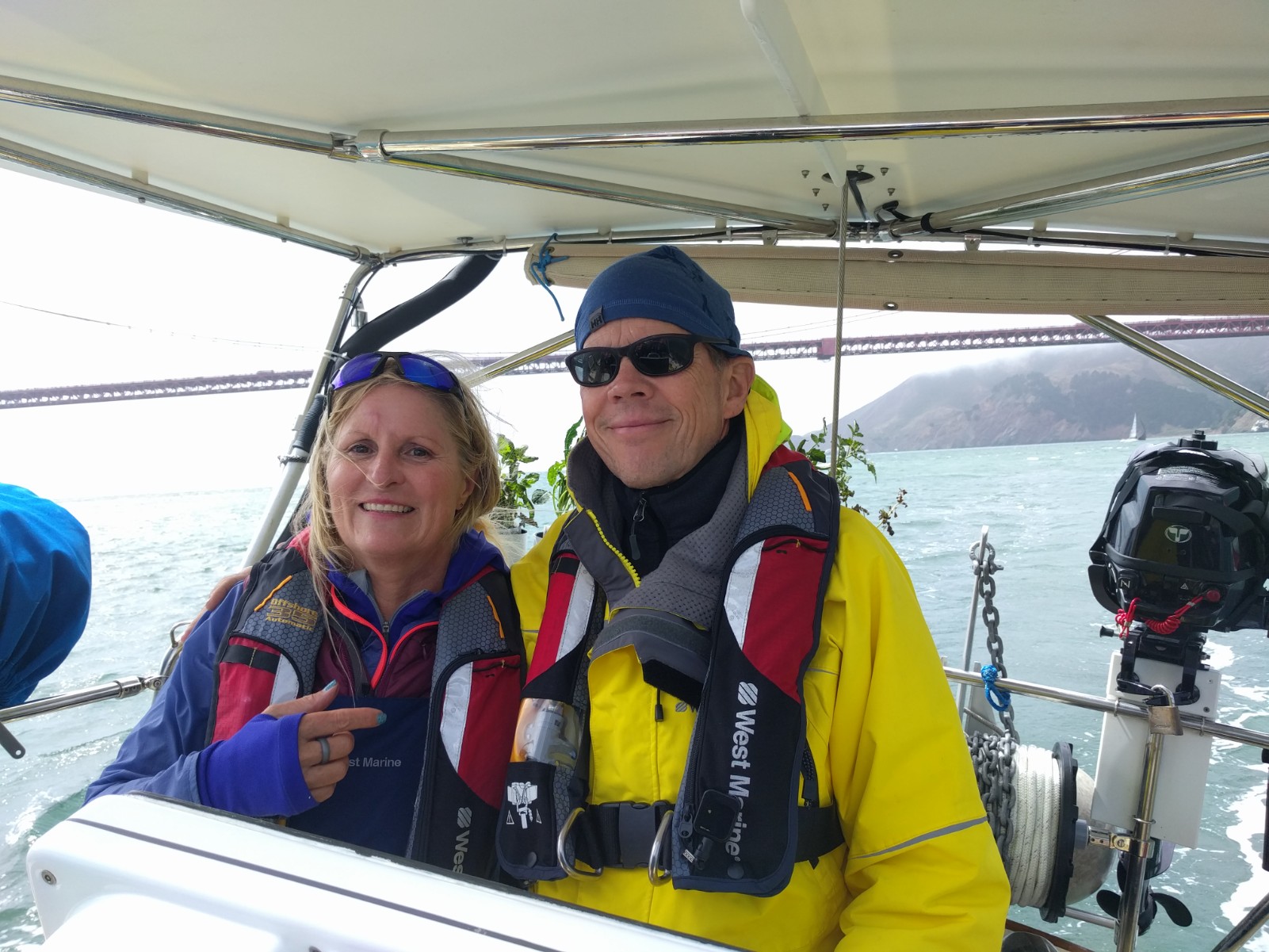